The ESRF’s new Extremely Brilliant Source (EBS) is officially entering a new stage. The first components for the EBS – the world’s first, high-energy fourth-generation synchrotron light source – have been installed in its storage ring tunnel: a new milestone in the history of the European Synchrotron. 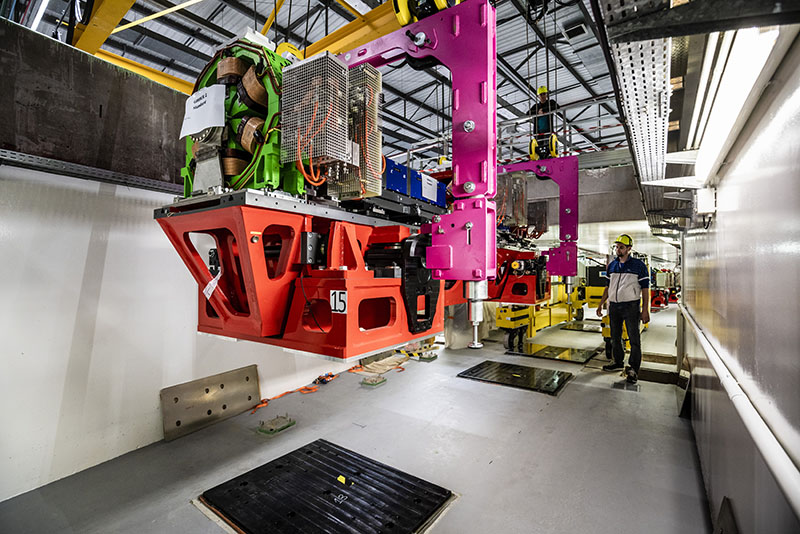 “It’s a great moment for all the teams,” said Pantaleo Raimondi, ESRF accelerator & source director. “Seeing the first girders installed on time is testament to the expertise, hard work and commitment of all involved for more than four years. EBS represents a great leap forward in progress and innovation for the new generation of synchrotrons.” 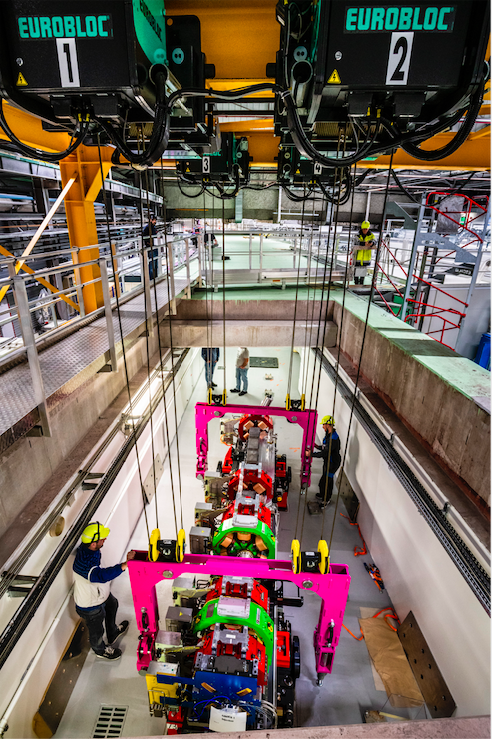 The start of installation is a key milestone in the facility’s 150M€ pioneering upgrade programme to replace its third-generation source with a revolutionary and award-winning machine that will boost the performance of its generated X-ray beams by 100. 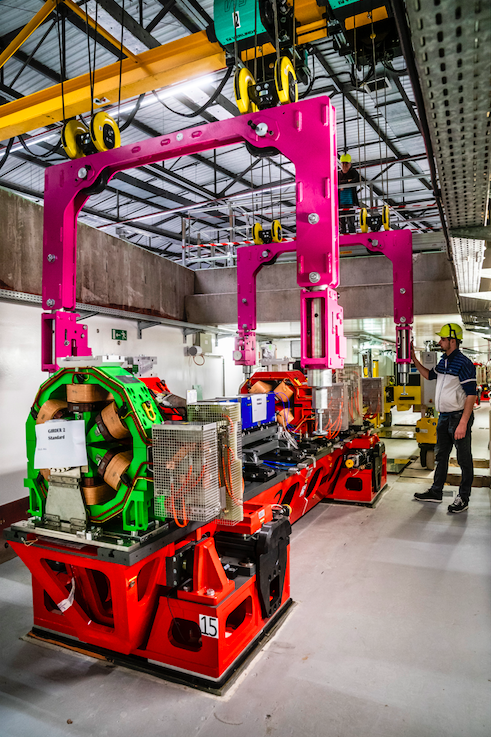 “EBS will provide X-rays with unprecedented brilliance and coherence, which will enable scientists to study materials at the atomic level in much greater detail, with higher quality, and at a much faster rate. This powerful new tool will help scientists to address major challenges facing our society,” added ESRF director-general Francesco Sette. 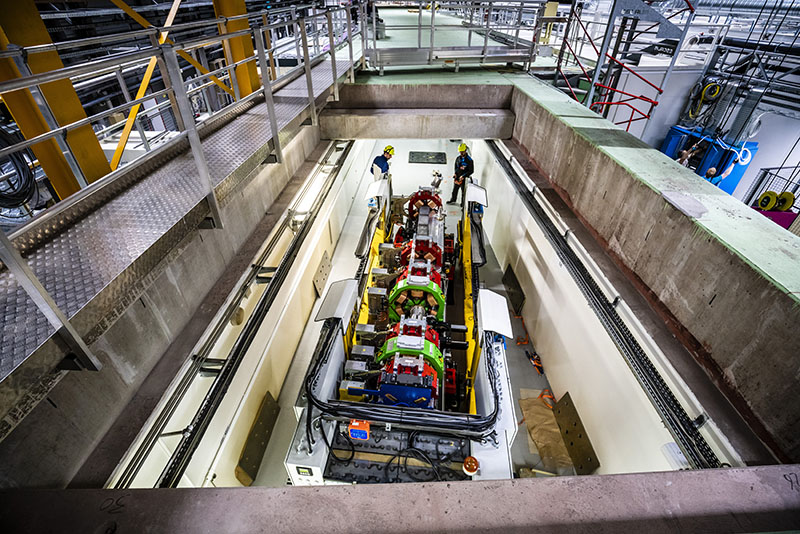 After an outstanding performance, the ESRF’s previous, third-generation X-ray source was shut down, on 10 December last year, for a 20-month upgrade to the new Extremely Brilliant Source (EBS). The activity has been very intensive for the ESRF teams, who have spent three months dismantling the original ESRF storage ring: an enormous logistical challenge that required teams to remove 1720 tonnes of equipment, including 200 km of cables, in just 11 weeks. 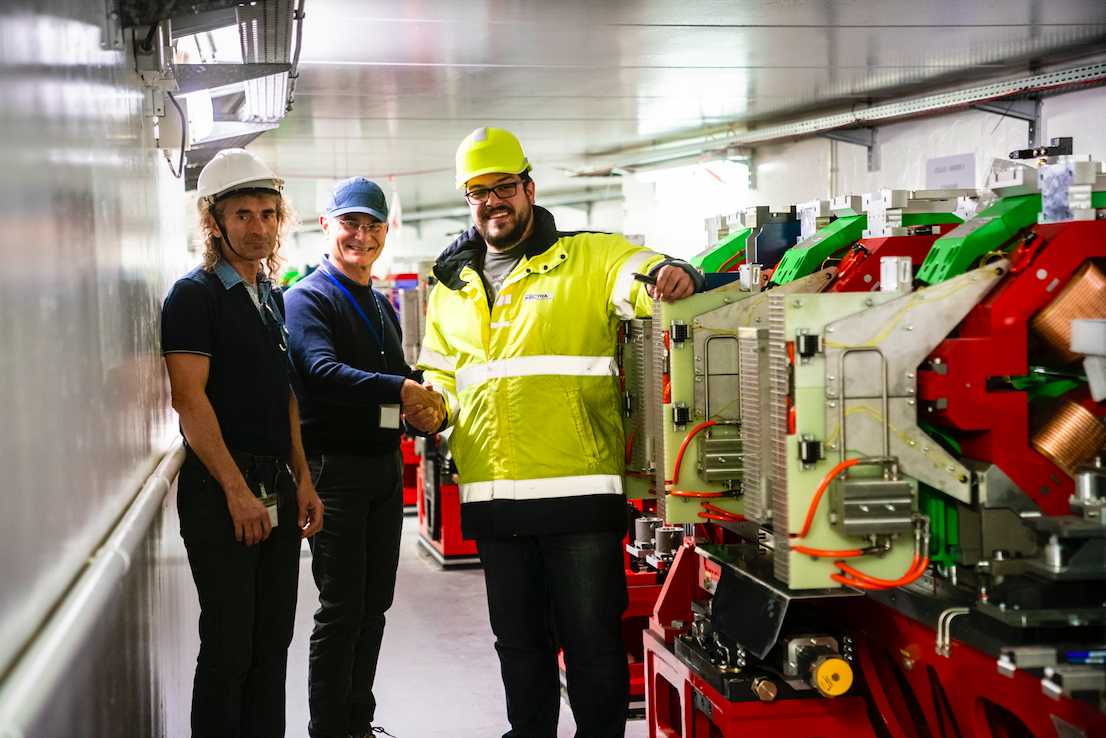 After a civil work phase, the EBS is now entering the installation phase. The nine-month installation phase will see 128 steel girders, pre-assembled with over 10 000 cutting-edge components, installed and connected in the 800 m-circumference storage ring and then precision-aligned to within 50 microns – about half the width of a human hair.

Once installation is complete, in November 2019, commissioning of the machine and beamlines will begin, and the powerful new research instrument is set to open to scientists in September 2020.