The first EBS magnets have arrived

With much excitement – and care! – the very first magnets for the EBS project were delivered this week! The dipoles are the first permanent magnets to be used in a fourth-generation storage ring, thanks to the availability today of very stable permanent magnet materials and high-quality soft iron. However, the construction of large series of dipoles needs to be carefully controlled to reach the required magnetic field quality and so the magnets will be assembled in-house, taking advantage of superb staff experience in this domain. 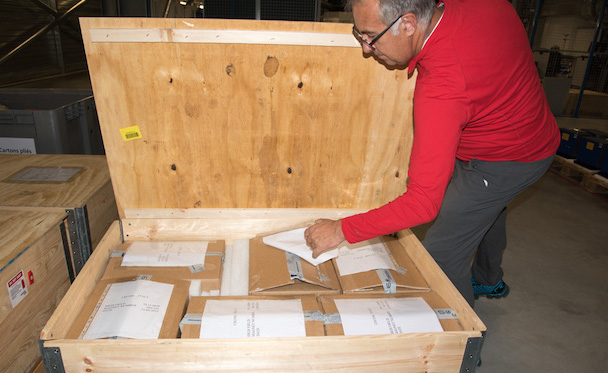 A dipole isn’t a single magnet but is an assembly of around 100 samarium-cobalt permanent magnets, distributed between five magnet modules made of low-carbon steel with pure iron poles, bolted to a support, as shown below. Each fully assembled dipole weighs 380kg! Unlike the electromagnets, the dipoles don’t consume any power and don’t need water cooling, which makes them very compact – perfect for squeezing into the EBS’s tight lattice arrangement.

From as far afield as China, Germany, Italy and the UK, the huge delivery of magnet materials included over 13,000 high-performance permanent magnets, 640 magnet modules and 128 dipole supports – that’s a combined weight of 60 tons of magnetic material. Over the course of a year, staff from the Insertion Devices & Magnets group will assemble them into the 128 longitudinal dipoles needed for the EBS storage ring. 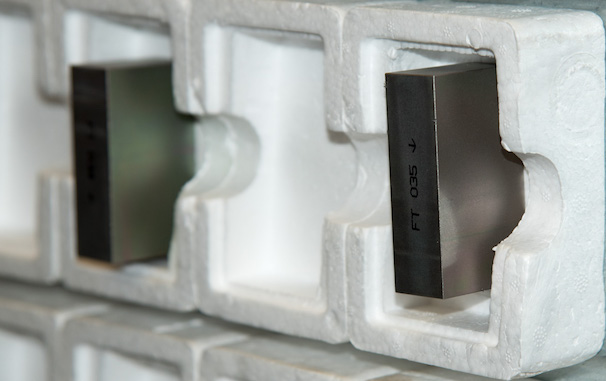 Staff will have to measure and assemble over 13,000 of these blocks – that’s nearly 6 tons of magnets!

Luckily the Insertion Device & Magnets team are uniquely qualified to accomplish such a Herculean task! Group head Joel Chavanne explains, “Our team has valuable experience in permanent magnet systems and magnetic measurements, gained over years of building various types of insertion devices. Assembling the dipoles in-house will not only give us full control over the assembly process but will also add a new experience in terms of large series of permanent magnet systems and associated field tuning.” 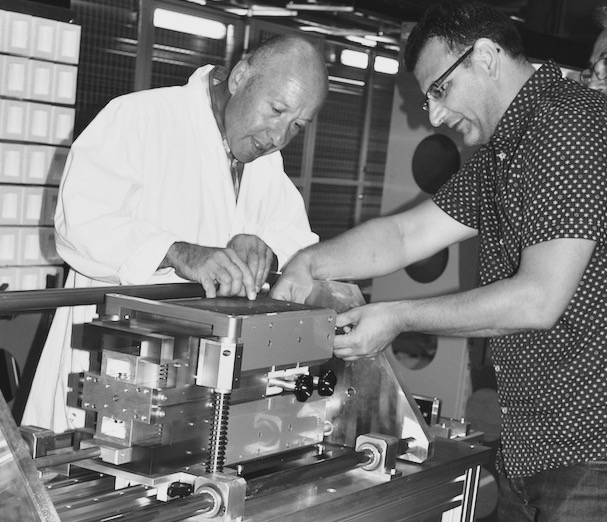 The team has already set up a magnet assembly area in the ESRF’s Chartreuse Hall in order to assemble, measure and calibrate the longitudinal dipoles. Everything is designed in-house by experts – from the special assembly tool for inserting the magnets into the modules (above) to the stretched wire measurement benches that use a 100-micron wire to test the induced voltage and thus the magnetic field of each magnet.

A prototype dipole, consisting of support, blocks and magnets was delivered at the end of August and assembly began in early September. The modules were assembled with the magnets and measured before being mounted on the support and the whole five-block module re-measured in order to test the strength of the magnetic fields. Chamseddine Benabderrahmane, in charge of procuring the magnets, was happy with the results: “All the measurements were within the expected range with no bad surprises!” The exercise served to refine the assembly, measurement and calibration process so that – hot on the heels of the prototype – the assembly of the EBS dipoles can be launched forthwith! 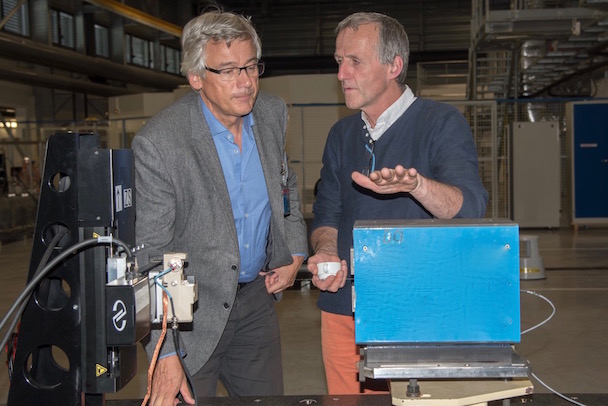 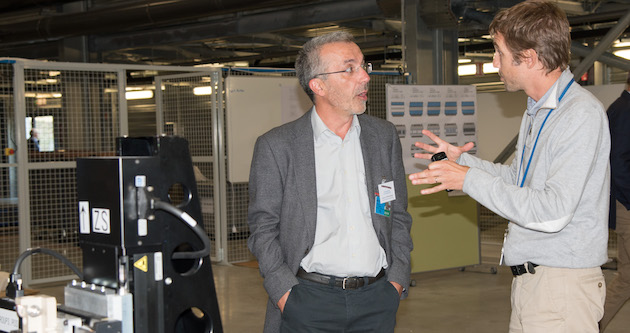