With the installation phase of the Extremely Brilliant Source (EBS) nearing completion, the ESRF’s commissioning teams are getting ready to take the EBS baton. Their challenge: to bring the world’s first high-energy fourth-generation synchrotron source up to operating conditions in just three months. Virtual reality is coming to their aid.

Liuzzo is talking about a simulator of the EBS, a virtual synchrotron control system that has been developed with the accelerator control team. The simulator allows the team to test applications to achieve stored beam and tune properties of the electron beam, such as orbit, tune and optics, etc., as if they were working on the machine itself. 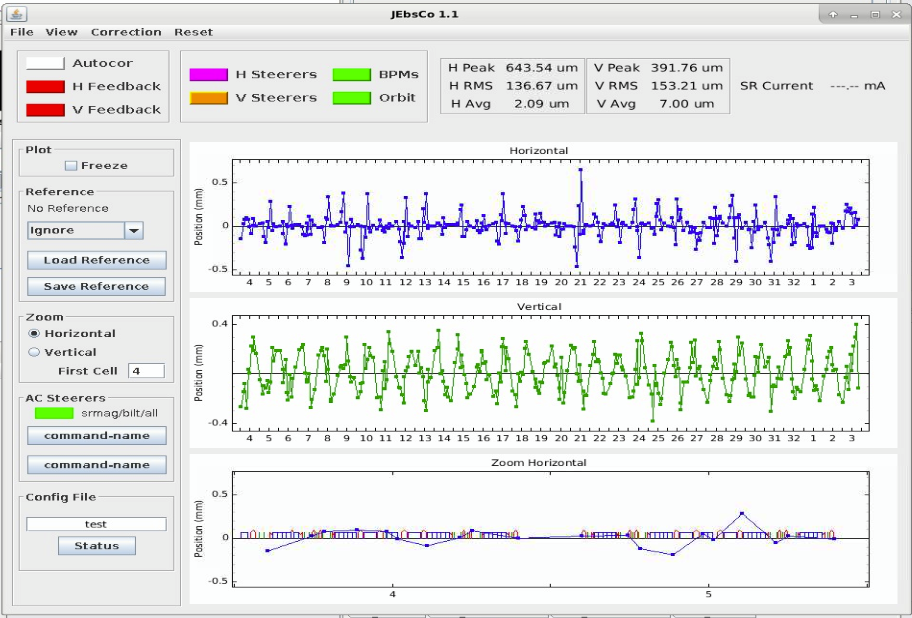 The EBS simulator lets the beam dynamics team test applications such as the electron orbit control as if working on the machine itself. Image: S. Liuzzo/ESRF.

“It’s a very powerful tool,” says Liuzzo, who developed the lattice model that plugs into the simulator. “It gives us full knowledge of how to pilot the magnets, for example, and lets us test and debug software in advance. Before doing anything on the real machine, we can test it out first. If it works in the simulator, we can be pretty sure it’ll work on the real machine, as it did during tests in November 2018.”

“It’s really useful for getting to know the EBS machine before commissioning starts,” adds Lee Carver, a new member of the group.

The team can test, debug and tune the electromagnets in the simulator application before commissioning starts. Image: S. Liuzzo/ESRF.

With the first electrons to be injected into the storage ring on 2 December, the team is wisely using the time left to prepare, test and debug as much as possible in advance.

Once the EBS is running smoothly, however, the simulator will not be put out of business. The team will feed the simulator real data from the machine to create a true-to-life model that can be used to test out further beam developments and improvements.