In August 2020, the world’s first high-energy fourth-generation synchrotron, the ESRF’s Extremely Brilliant Source, will be switched on and scientists around the world will start to discover what it can do. But what is a fourth-generation storage ring? What was the first-generation light source? Here’s our handy guide to knowing your synchrotrons. 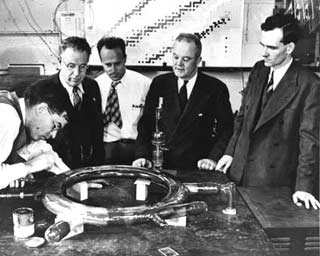 Scientists first observe the production of synchrotron radiation in 1947 at a General Electric synchrotron (photo courtesy of NSLS, Brookhaven).

A brief history of light 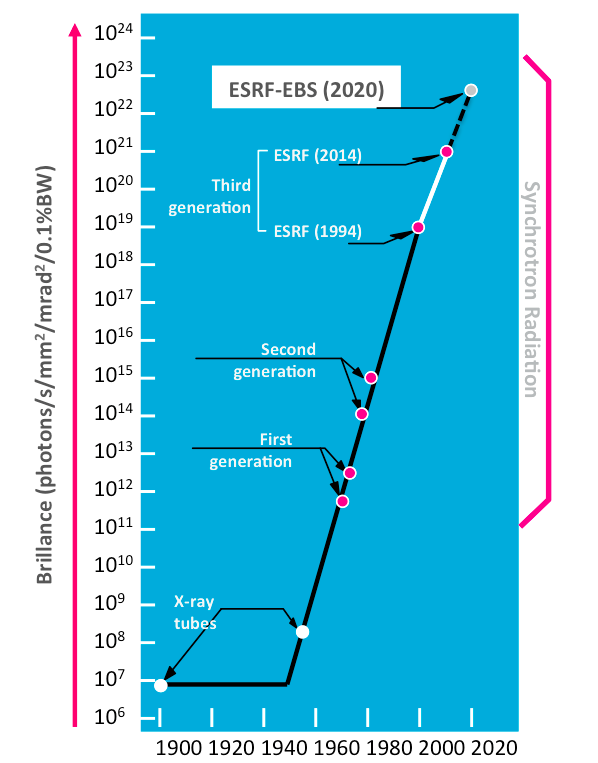 The evolution of synchrotrons in terms of the brilliance of the X-rays produced.

So what makes a generation? A new generation of synchrotron is generally regarded as one that gains at least a tenfold increase in X-ray performances such as brilliance and coherence compared to previous sources.

1st generation
In the 1960s and 1970s, synchrotron X-rays were used parasitically from accelerators designed for other purposes, such as electron-positron colliders.

In the 1980s, purpose-built synchrotrons with electron storage rings were built, with bending magnets used to produce synchrotron X-rays for scientific research.

3rd generation
In the 1990s, electron storage rings were optimised with long straight sections to house undulators, creating more intense X-rays. The ESRF was the world’s first third-generation synchrotron source, followed by facilities such as the Advanced Photon Source (APS) in the USA and SPring-8 in Japan.

4th generation
Fourth-generation sources use a new, ESRF-designed hybrid multibend lattice – an arrangement of stronger, more compact magnets to decrease the horizontal spread, or emittance of the electron beam, in turn increasing the brilliance and coherence of the X-ray beam by a factor of 100. 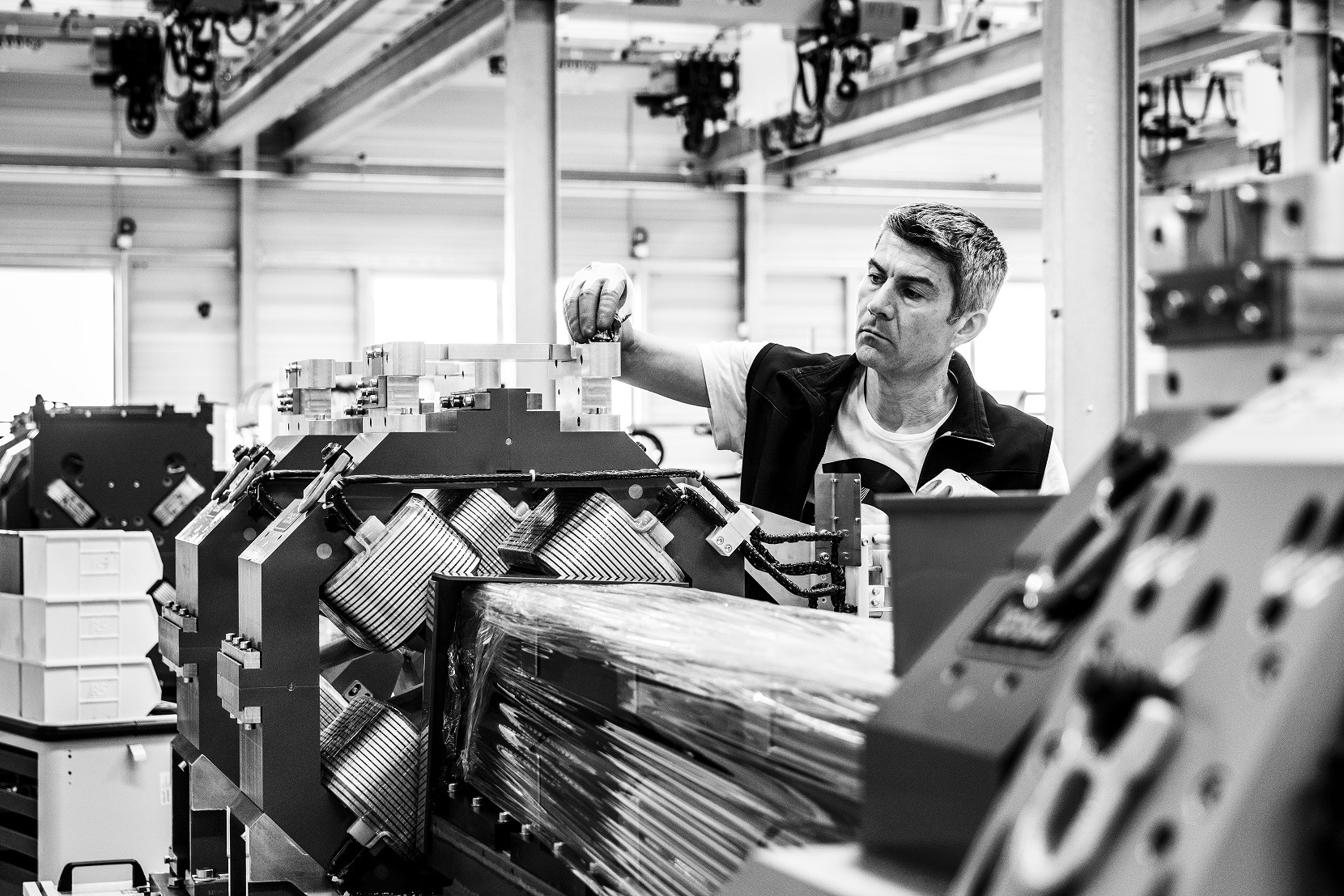 Today, improvements in precision engineering and tooling have made a brand new generation of synchrotrons possible.

Talking about my generation

ESRF-EBS will be the first high-energy fourth-generation synchrotron source in the world!

Although concepts for low emittance storage rings have been discussed since the 1990s, the technology to achieve the precision required for the components was not yet available.

A new generation of synchrotron is possible today thanks to:

Each new generation of synchrotron has offered new opportunities and tools for scientists to explore matter and make the invisible visible, pushing the frontiers of knowledge further back each time and helping to understand the world around us. From the discovery of the first crystal X-ray diffraction patterns in 1912 to the 2009 Nobel prize-winning work on the structure of the ribosome, X-rays and synchrotrons have played a vital role in the journey of scientific progress. Who knows where the next generation will take us?