Bright red, over 5m long and weighing 6.7 tonnes, the prototype girder for the ESRF – EBS project is the new star attraction of the Chartreuse hall. Since the prototype was delivered in mid-May technicians and engineers have been running tests to check its rigidity and the accuracy of its motorisations.

Vibration tests to check the frequency response of the girder have been completed. Thierry Brochard, from the Mechanical Engineering Group in the ISDD is overseeing the tests. “The first results of the frequency tests seem to be good, and we are going deeper and deeper in the girder characterisation. We have good vibrations. The first mode was measured at around 74Hz (lateral) and other modes are above 100Hz, which is very good.”

The four ‘feet’ of the girder are currently undergoing software control to check that when the motors are moved back and forth they return to exactly the same position with no drift.

"We’re getting good results in terms of repeatability and repositioning of the vertical translation with less than 5 microns variation. The girder can even be considered as a ‘nano-machine’, as the minimum step measurable (vertical up/down) is around 300-400 nm."
Thierry Brochard, Mechanical Engineer in charge of the vibration tests. 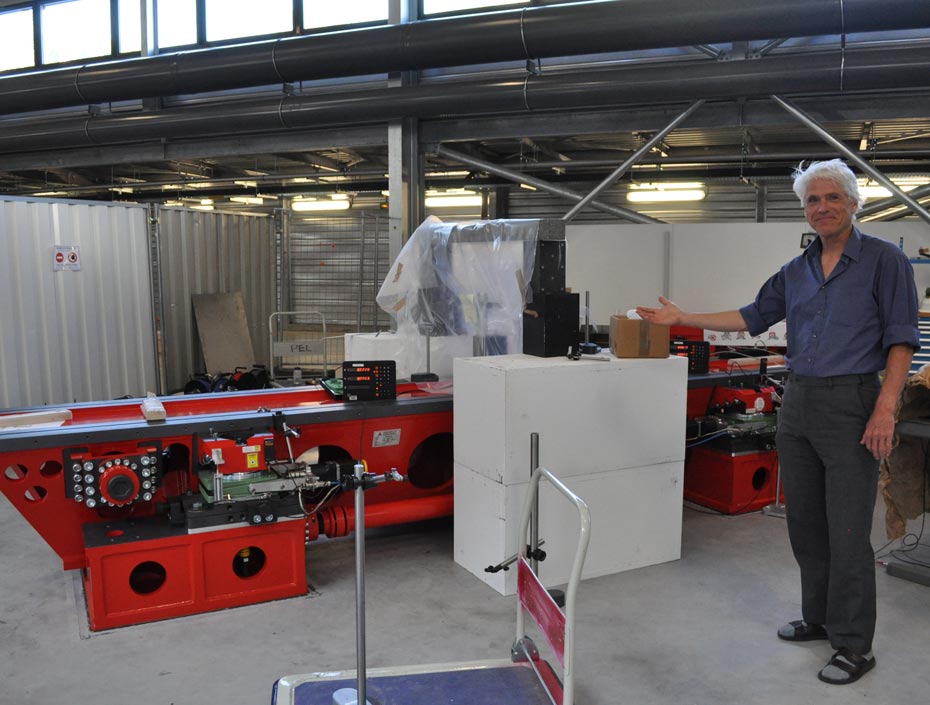 In early July, a delivery of dummy magnets will mean the group will redo all the tests with the girder fully loaded, at a total weight of 12.7 tonnes. But the work won’t stop there.

"My present challenge is to design a system to move this huge heavy girder around the site and in the tunnel without displacing the accurately aligned magnets."
Paul Mackrill, Accelerator Project Office (APO) Execution Manager

With a total of 128 girders to fill the new storage ring, he has his work cut out for him!