The screens in the ESRF’s Control Room have been black since the shutdown of the third-generation synchrotron on 10th December last year but this week saw the first flickers of life as the electromagnets for the new, fourth-generation source were switched on for the first time since their installation in the tunnel in May.

Anticipation was high as the principal electromagnets and corrector magnets in four cells were tentatively powered up and tested, then ramped up to operation settings for three hours. 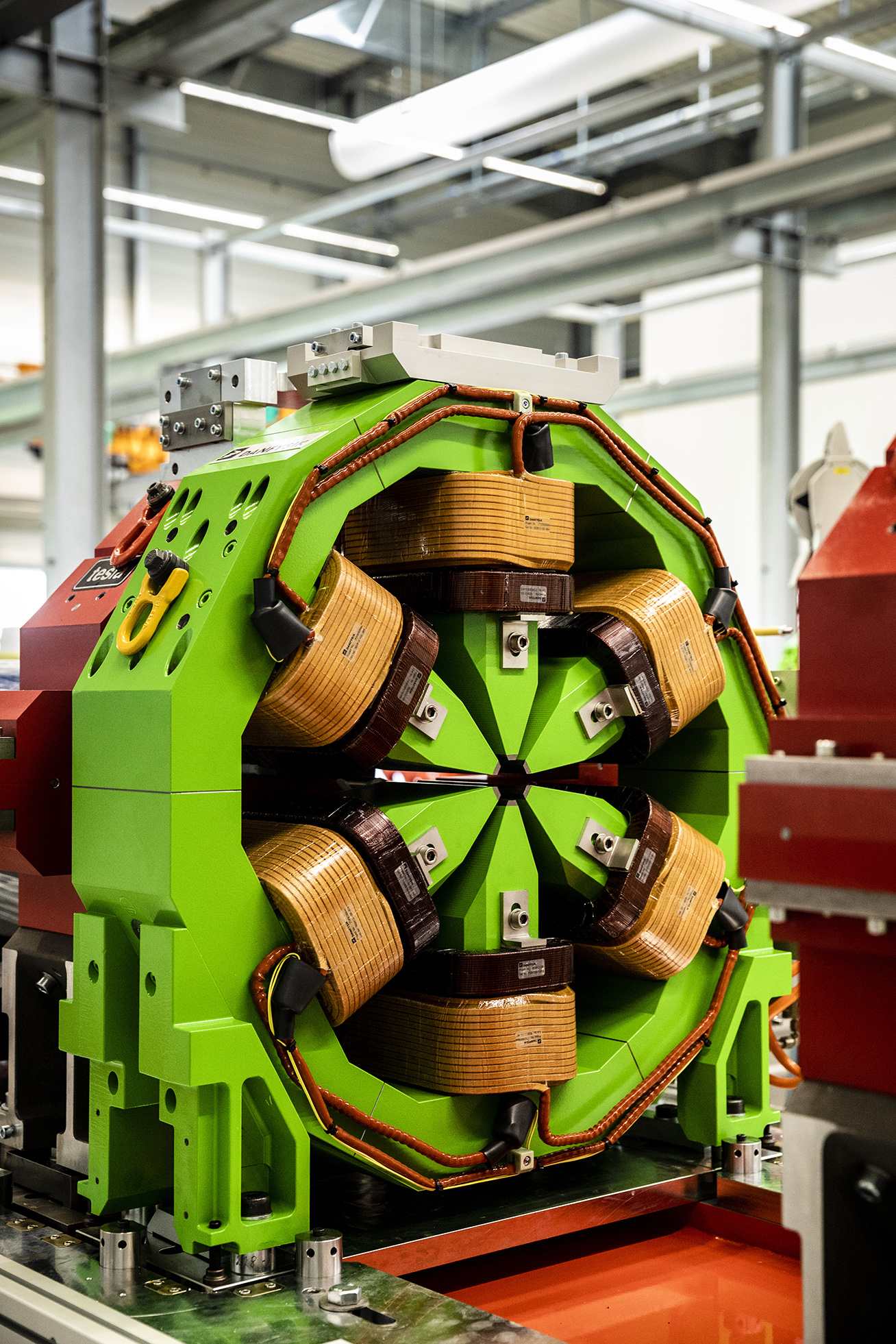 Magnets such as this sextupole are now powered individually, giving greater control over each magnet than previously. Photo: S. Candé/ESRF.

A big change for EBS is that each magnet in the storage ring is now powered individually, rather than by ‘family’ of 32 or 64 magnets as in the previous ring: this gives improved control over the magnets, but it also means there are now nearly a thousand separate power supplies to oversee! Luckily, the power supply team is ready for the challenge. 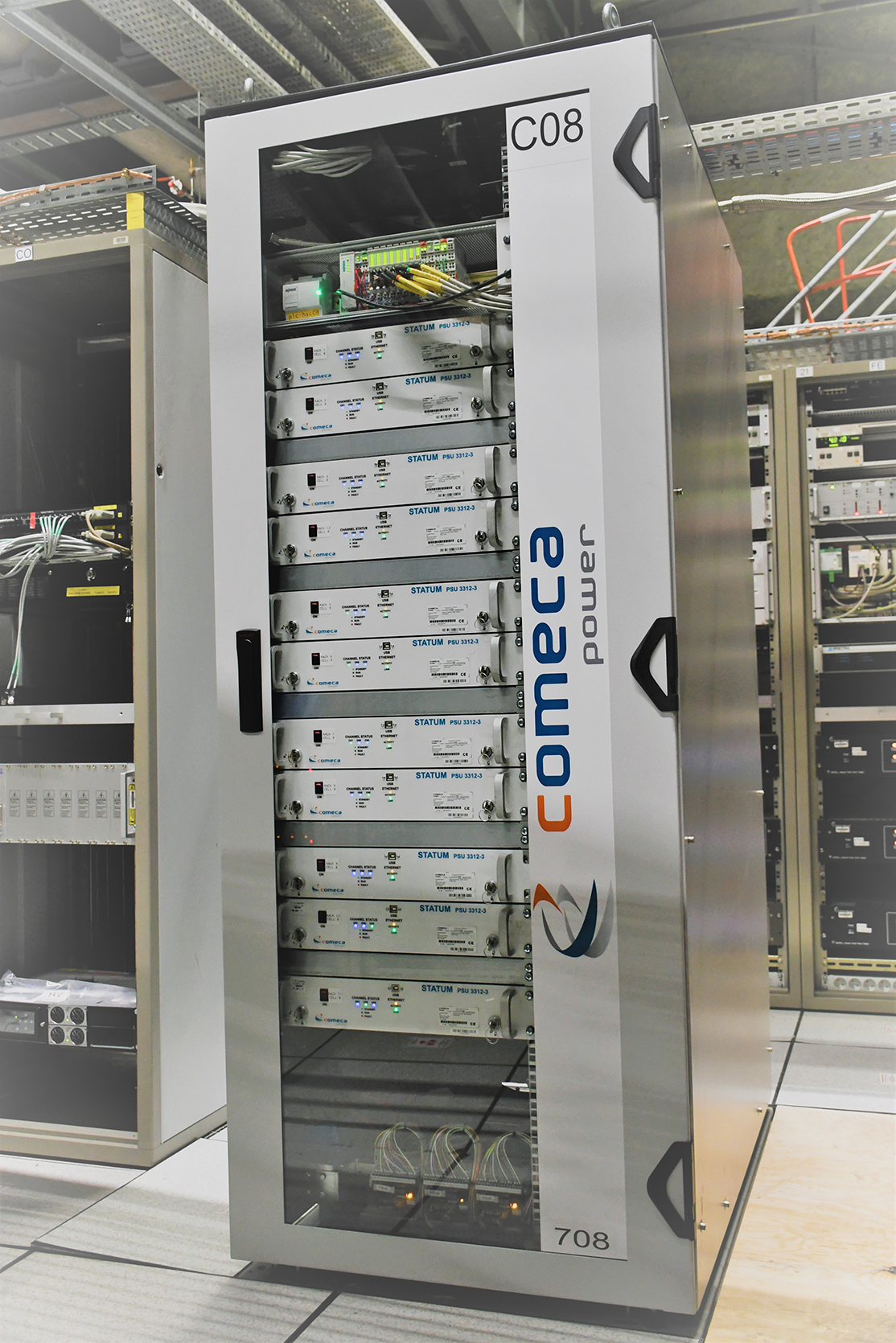 The lights are on! This electrical bay contains racks that individually power 27 electromagnets in one cell - with spare power channels on standby in case of failures. Photo: A. Joly/ESRF.

“Our aim is to maintain the high reliability of the magnet power supplies despite having 50 times more converter units than previously!” explained Jean-François Bouteille, head of the power supply group. “For this we will implement the concept of hot-swapping, which means that in the case of a power failure on one of the units, we are able to change it quickly without losing the beam and disturbing the users.” 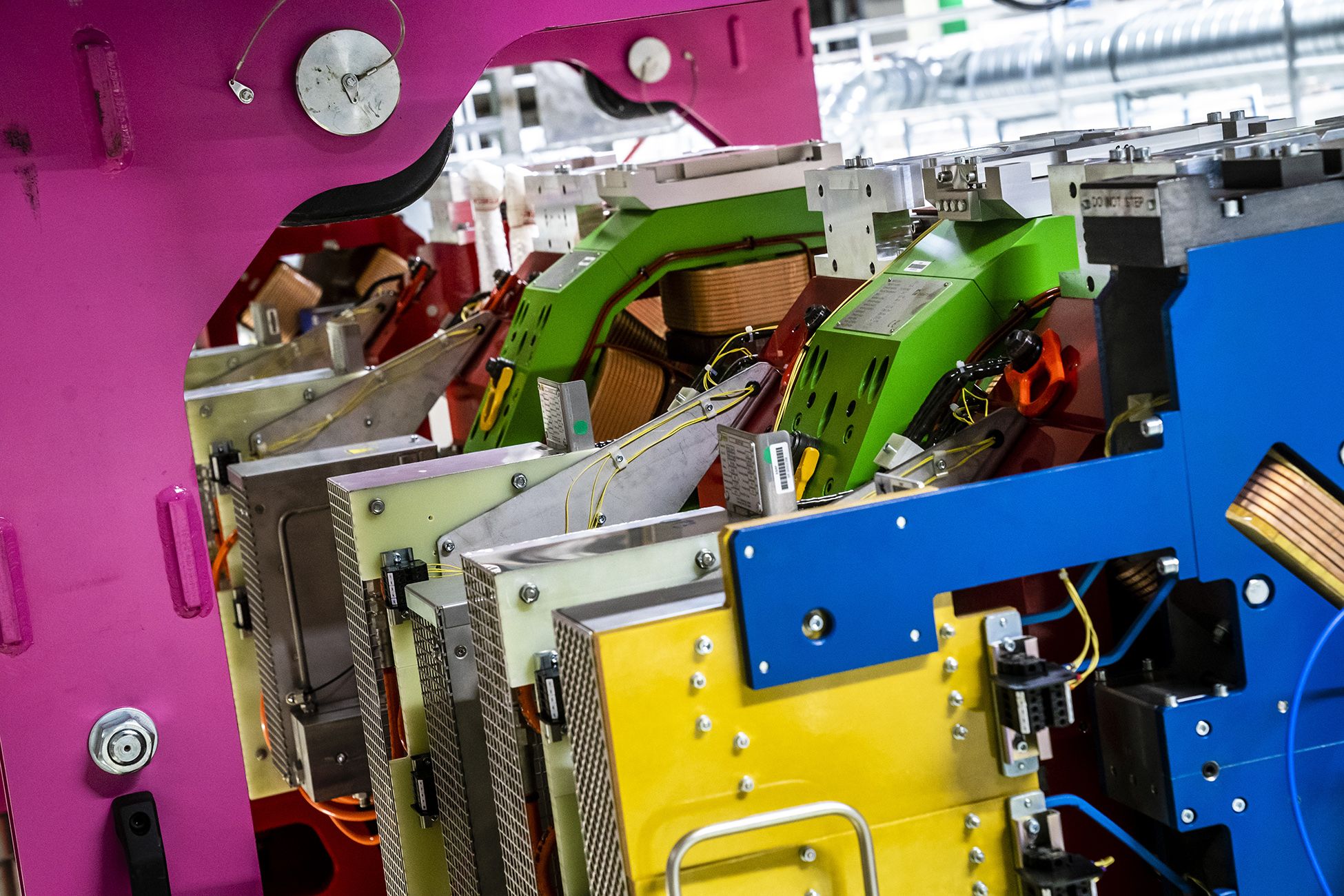 There are twice as many magnets in the new storage ring, including quadrupoles (red), sextupoles (green) and octupoles (blue). Photo: S. Candé.

As well as the power supplies, the magnets themselves are innovative – nearly a thousand electromagnets were designed and produced for EBS, pushing engineering technology to the limits with their specifications to be more compact and to generate stronger magnetic fields than before. Their improved efficiency, combined with the use of permanent magnets, represents a 30% energy saving for the ESRF! 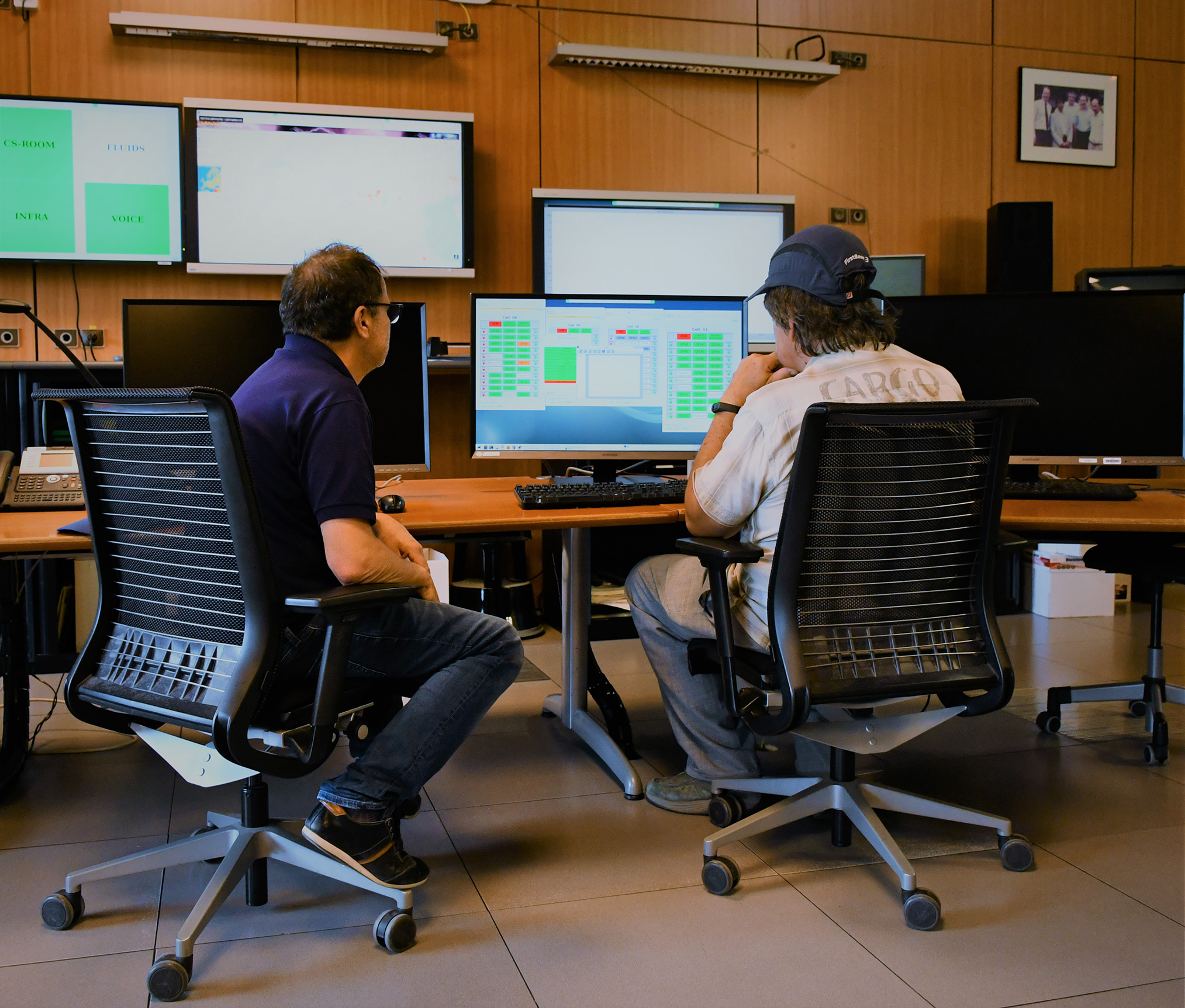 First signs of life: Jean-Luc Revol (left) and Jean-François Bouteille (right) survey the status of the electromagnets from the Control Room. Photo: A. Joly/ESRF.

“This is really the first sign of life for the EBS magnets,” added Jean-Luc Revol, coordinator during the commissioning phase of the project. “Although commissioning of the new source doesn’t start until November, this is a great opportunity for us to debug any problems now to save time later.”