The first straight sections have been installed in the EBS tunnel, marking the final phase of installation of the new storage ring. Once this has been completed, the storage ring can be put under vacuum and commissioning of the new source can begin. 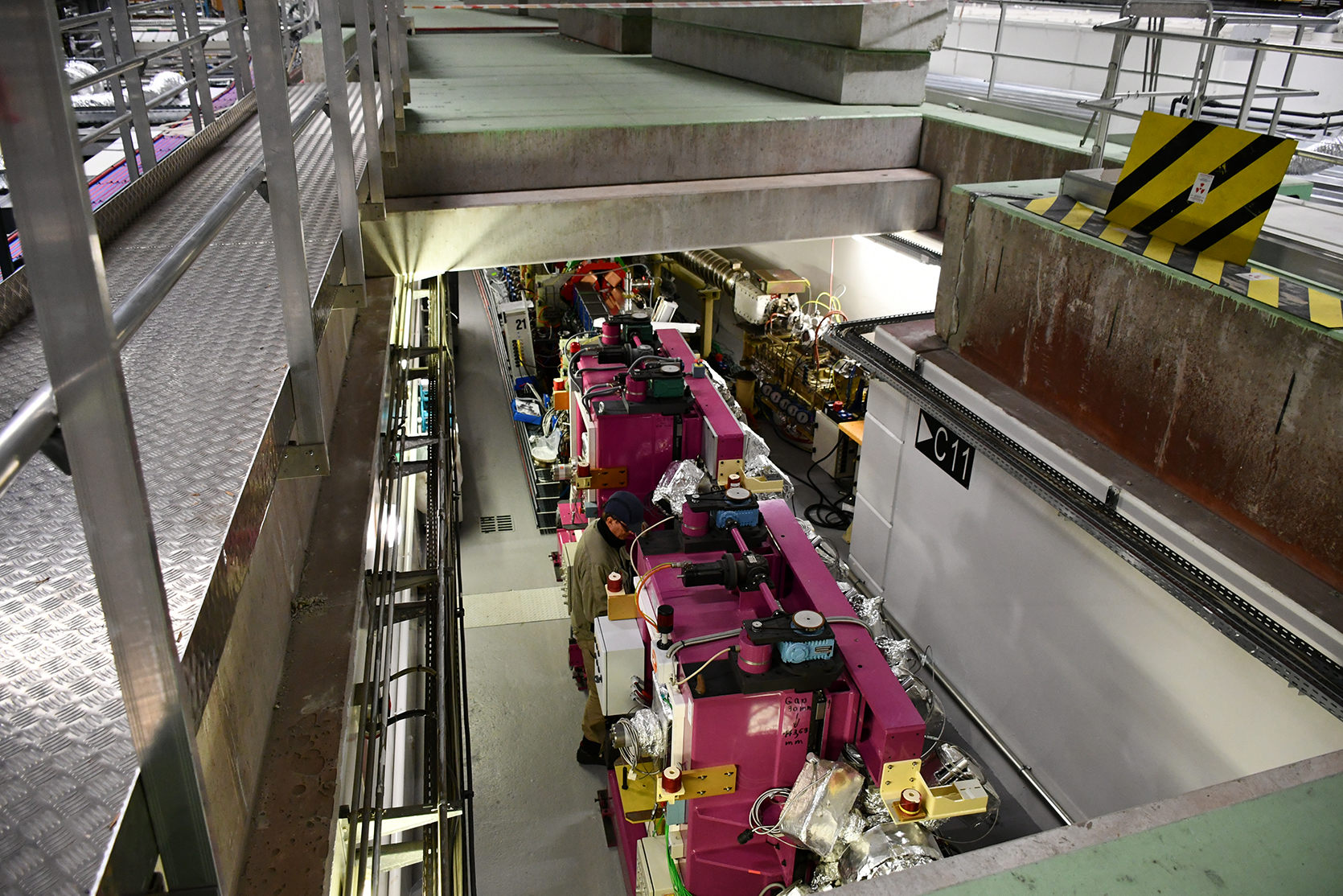 The storage ring includes 32 straight and 32 curved sections in alternating order. The curved sections, which have already been installed, contain bending and focusing magnets that force the path of the electrons into a circular orbit. The straight sections contain undulator magnets, which induce the electrons to produce intense beams of X-rays. The undulators from the previous storage ring are being re-used but some have been upgraded or re-measured for EBS.

Undulators are stored in the technical zone before being lifted into the tunnel. Photo: A. Krisch/ESRF.

How do undulators work?

Undulators contain rows of small magnets that force the electrons to follow an undulating, or wavy, trajectory. The X-rays emitted at each consecutive bend overlap and interfere with that from other bends, generating a much more focused, or brilliant, beam than that generated by a single magnet. The gap between the rows of magnets can be changed to fine-tune the wavelength of the X-rays in the beam. 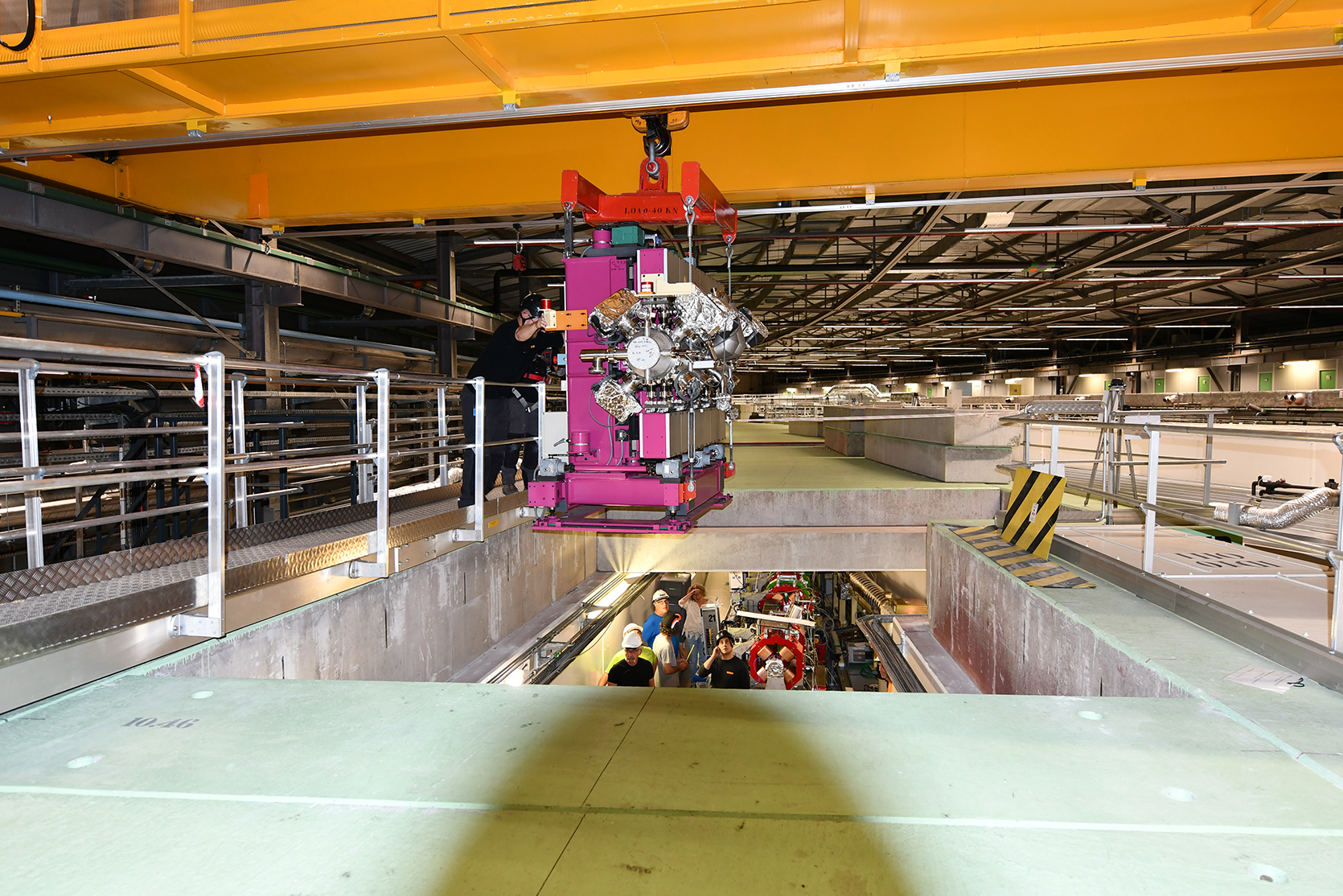 The 4.5-tonne undulators are lowered into the storage ring by crane. Photo: M. Capellas/ESRF.

How many will be installed? 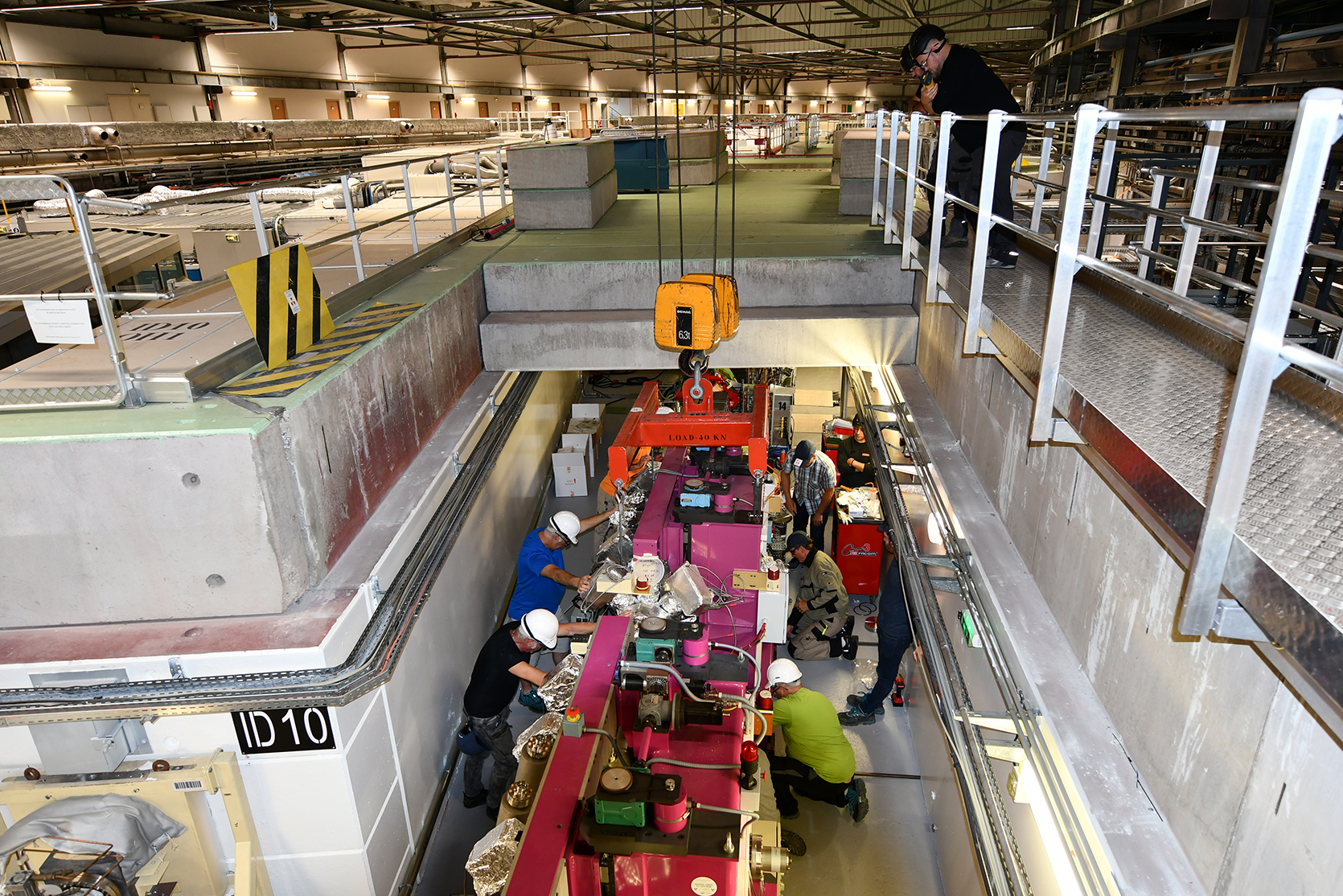 The first two in-vacuum undulators are installed in cell 11 of the storage ring. Photo: A. Krisch/ESRF.

How long will it take?

It takes around a day to install a straight section in a cell. The undulators are taken out of storage and brought to a special ‘drop zone’ in the technical zone. Each 4.5-tonne structure is lifted over the tunnel wall by crane and installed on pre-marked guides, overseen by the Insertion Device and Magnets group. 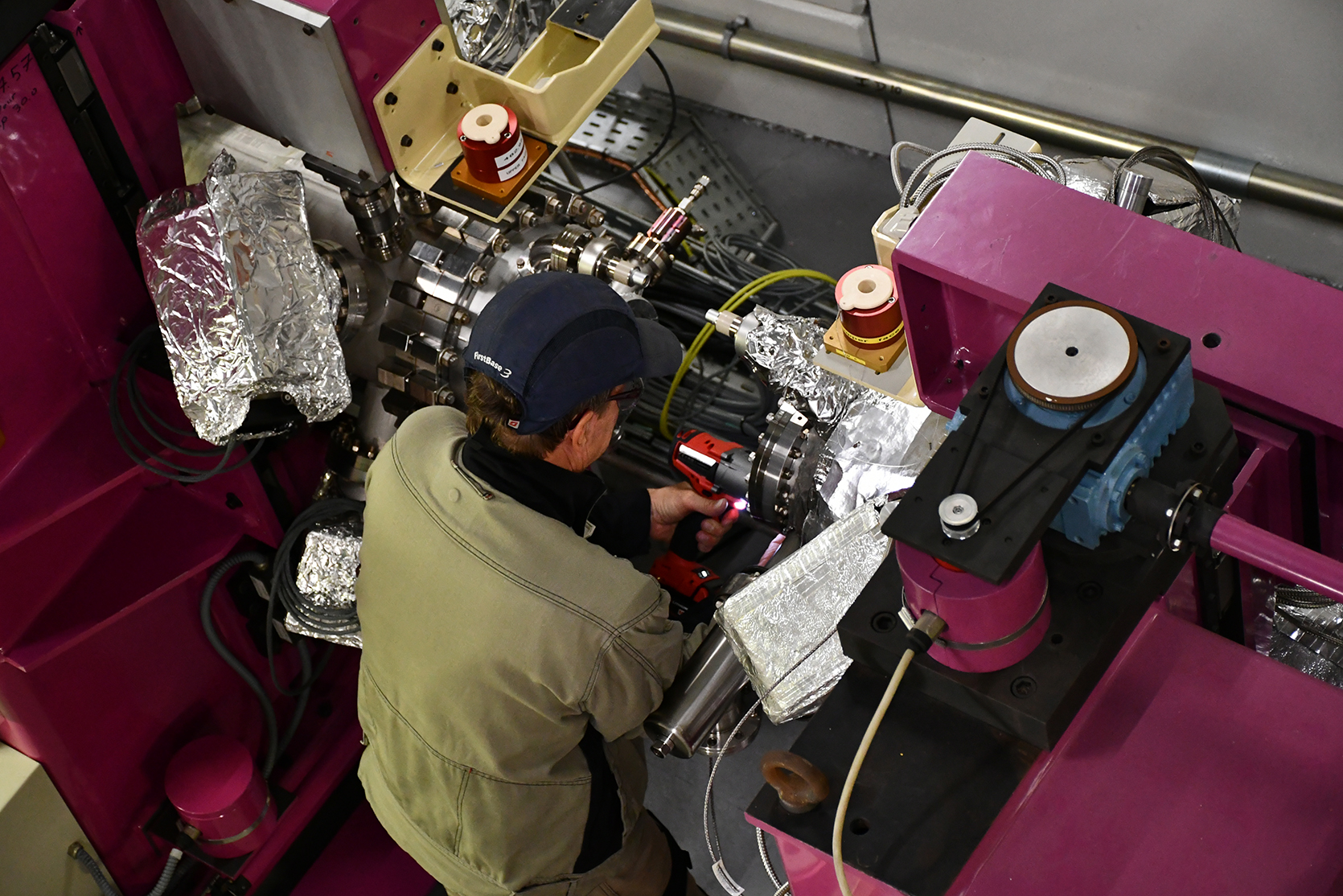 Once in place, the devices are connected, ready for the vacuum teams to pump them to ultra-high-vacuum. Photo: M. Capellas/ESRF.

Once the straight sections have been installed, the Alignment teams precision-align the machinery. The Vacuum group then takes over, pumping the vacuum chambers to remove the air and baking them at high temperature to put the whole ring under ultra-high vacuum levels of 10-10 mbar. This will last until the commissioning phase starts in November.