ESRF-EBS is an international project that relies on the collaboration and expertise of companies and professionals from our partner countries in Europe and all over the world.

One great example of such partnerships is the EBS girder assembly team, which has recently been boosted by the arrival of 12 specialists from the Budker Institute of Nuclear Physics (BINP) in Novosibirsk, Russia. The team of six magnet and six vacuum experts are working alongside ESRF staff to assemble the 128 girders of the new storage ring with state-of-the-art magnets, vacuum chambers and the associated instrumentation.

The team, headed by Sergei Gurov, brings with them valuable knowledge and experience gained from participating in the development, assembly and commissioning of several leading light sources. “We have worked on machines including MAX-IV in Sweden, ALBA in Spain, NSLS-II in the USA, and BESSY-II and XFEL in Germany, so we are very excited to be able to work on the ESRF-EBS,” says Gurov. 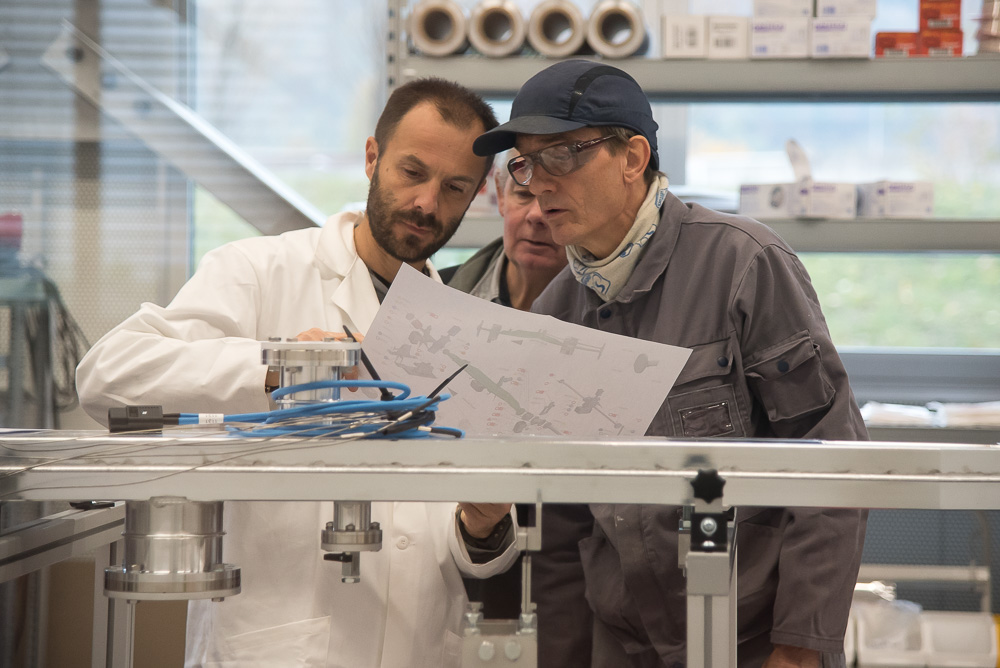 The EBS assembly team is a fine example of international partnerships as ESRF staff and BINP specialists pool knowledge and resources to assemble the EBS girders to the demanding production schedule. Credit: C. Argoud.

Their support is vital to ensure the ambitious production schedule runs to plan. “The girder assembly process is very labour intensive and our engineers also have to maintain the excellent operating standards of the current machine so we are very happy to have our colleagues from BINP on board to help us,” says assembly leader Jean-Claude Biasci.

Girder production, which will run until November 2018, is carried out in dedicated building ESRF 01, where three assembly lines have been set up to install the magnet supports, magnets and vacuum chambers on the girders, as well as a ‘clean room’ area where the vacuum chambers are assembled. 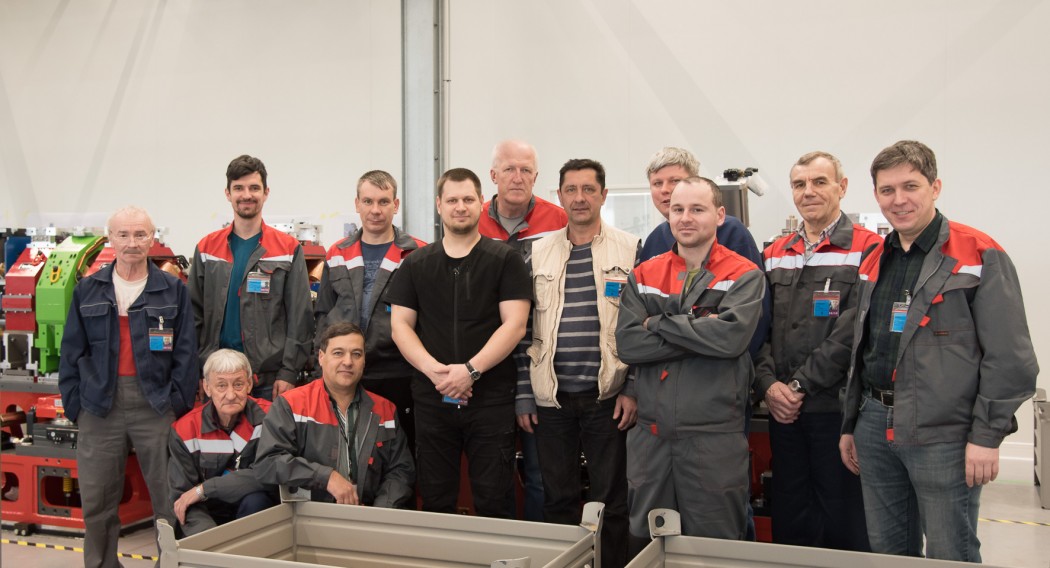 The EBS girders are assembled with up to 80 individual components, manufactured in collaboration with companies from all over the world. A partnership with BINP led to 12 specialists from Russia assisting the ESRF teams for the girder assembly. Credit: C. Argoud.

The Russian team has already produced the first cells of the future storage ring ‒ with girders from Spain, magnets from Denmark and the UK, and vacuum chambers from Italy ‒ both a solid and a symbolic representation of what international cooperation can achieve.