2016 marked the second year of the execution phase of the ESRF’s Extremely Brilliant Source (EBS) project, which will see the implementation of a new lattice for the storage ring. This lattice  will reduce the natural horizontal emittance from 4 nm to about 134 pm, thus greatly increasing the brilliance and coherence of the beam, opening up new horizons for accelerator science. Much of the work of the project in 2016 concentrated on finalising the design and following up on the procurement of the components. Numerous prototypes were tested, validated and launched into production and, in the second half of the year, the first pieces of equipment were already being delivered onsite. 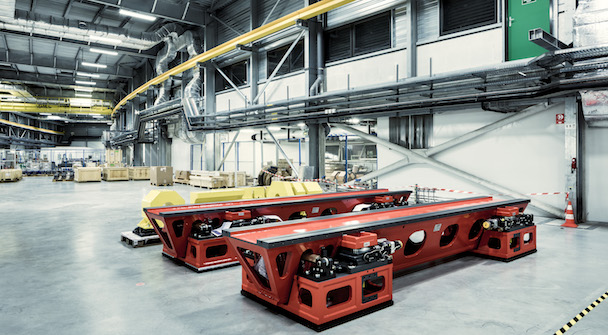 The girders protrotypes in the Chartreuse Hall – @Stef Candé

In addition to this, great effort went into the detailed planning and organisation of the assembly, dismantling and installation phases, complex work that defines the logistical requirements, task sequences and resource needs for the next four years. By the end of the year, the first new buildings to be constructed for the project started to go up – a visual and concrete reminder that the EBS project is very much taking shape! 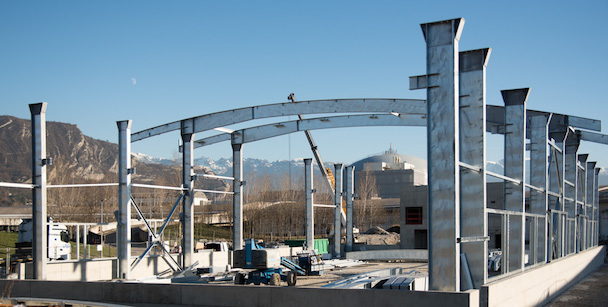 Construction of the new building @ESRF/C.Argoud

The EBS experimental programme is also taking shape. Based on 48 Expressions of Interest received from the scientific community at large and from the ESRF users by March 2016, about eight projects have been identified by the ESRF’s Science Advisory Committee (SAC) and ESRF scientists as being very promising and with the potential to evolve into new state- of-the-art beamlines and instruments.

So, 2017 will be a strategic year and all the staff and project teams are mobilized to achieve the new challenges.