Vac to the future

“I love inventing new things”, says Filippo Cianciosi, a mechanical engineer working on the EBS project. “In most places, you normally have to modify or optimise existing products on the market but here we are lucky, we always get to innovate.”

Fortunately, dreaming up new designs is part of Filippo’s job description as he is responsible for the conception and procurement of the aluminium vacuum chambers and supports for the new accelerators. He designs the vacuum vessels in which the electrons will circulate at close to the speed of light, specifies how they must be welded and brazed, and defines where other components such as flanges, bellows and diagnostic equipment can be placed.

His vacuum visions must, however, fulfil the various exigencies of other experts as much as possible. “I liaise a lot with the other groups,” he explains. “The Beam Dynamics team decides the space necessary for the beam; the Vacuum group needs to be able to pump; the Magnets group wants to get their magnets as close to the beam as possible so the chambers have to be very small – this gives me plenty of geometric constraints to work around!” The diameter of the smallest aluminium chamber, for example, is just 13mm wide at its narrowest point, and is 2.7m long! 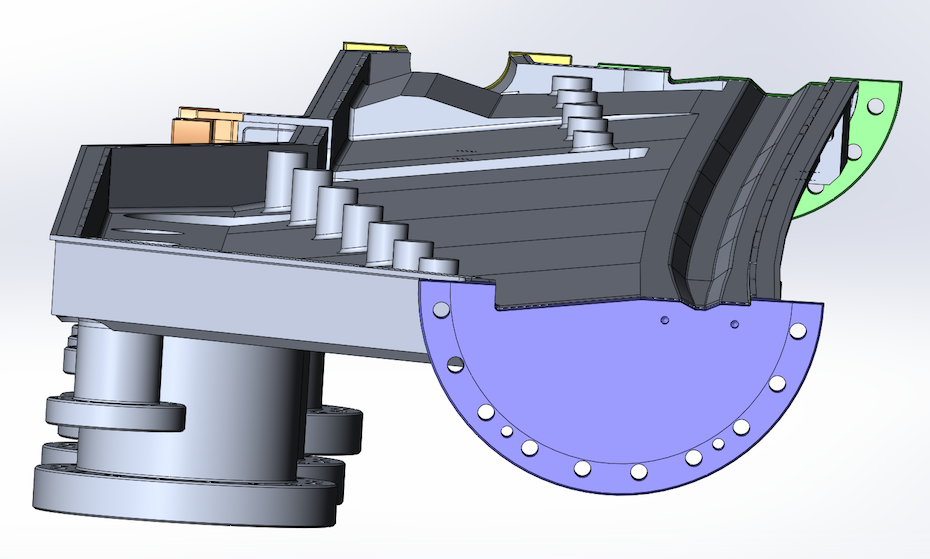 Chamber 5 is one of the smallest with 13mm diameter at its smallest point (above). The chamber is complicated because it is not straight – steel chambers have one straight section and one curved section but in the aluminium chamber there are five curved sections to make the curve as similar as possible to the electron’s path. This is in order to limit wakefields and is easier with aluminium than with steel

The design of aluminium rather than stainless steel vacuum chambers isn’t yet widely used for accelerator chambers.

“We’ve been working in close collaboration with the National Institute for Nuclear Physics (INFN), the Italian research agency that pioneered DAFNE – the first accelerator made with almost entirely aluminium vacuum chambers.”

So why use aluminium? The main advantage is the fact that it’s a lot cheaper and easier to machine than the expensive 316LN-type steel with low magnetic permeability normally used to produce the chambers. Using aluminium means it’s possible to obtain the complex shape of an EBS chamber by machining them from a mass, like a sculpture, at a reasonable cost. Another advantage is that aluminium reduces the ‘wakefield’ effect caused by the electron beam interacting with the walls of the vacuum chamber. When the electron bunches pass through the metallic chambers, they repel the electrons present in the chamber itself. This originates a strong electric field called a wakefield, which can accompany the electron beam, making it more unstable. This effect is more pronounced when the chamber material has a low conductivity and when the surface walls are irregular or rough. Aluminium, being a better conductor than stainless steel and easier to machine to a highly smooth surface, is therefore the material of choice! 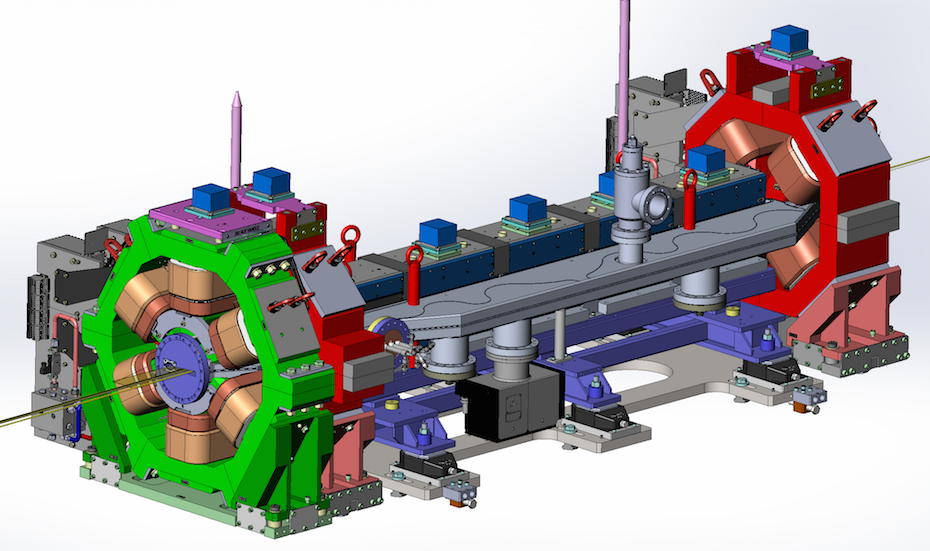 However, the material is not without its difficulties. “Aluminium is a lot less rigid than steel so it deforms more and is quite complicated to weld. It also cannot be welded directly with stainless steel parts like bellows or diagnostic equipment such as beam position monitors,” Filippo says. “It isn’t activated at all by radiation but this can induce the release of gases from the material, which could decrease the vacuum quality.”

The result will be a compromise: out of 14 vessels in each of the 32 cells of the storage ring, four will be made of aluminium; chambers 2, 5, 9 and 13 – a total of 128 chambers. The rest will be made of stainless steel so that the bellows and other equipment can be installed. This is still enough to reduce beam instabilities and also to keep material costs down.

A call for tender with Filippo’s designs for the 128 chambers plus spares will be sent out before the end of November and contracts should be signed in March 2016. A first prototype will be delivered in mid-November and will be used to confirm the technical feasibility. The second prototype will be ready next year and will be installed on the existing machine during spring 2016 to study the effect of radiation on the outgassing of aluminium surfaces. Delivery of the chambers is expected between March 2017 and March 2018. “Finally, during the long shutdown, the chambers will be installed on the girders in the working position, then the pre-assembled girders will be put into place in the tunnel,” explains Filippo. “This allows us to work in advance outside the tunnel in order to minimize the installation time and so the shutdown time.”

Luckily, it is not the end for Filippo’s creations. “I only work 50% of my time on the vacuum chambers,” he laughs. “I also have to finish designing 128 5.1m-long supports for the new machine!”

The section of vacuum chamber 9. The yellow line shows the 20mm x 30mm aperture through which the electron bunches travel
Previous article
Share this article
Next article